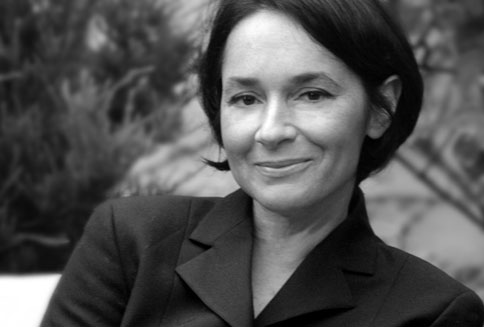 Rouge du Rhin or the Art of Simplifying Daily Life

In 1995 Marianne Diemer began Rouge du Rhin Embroidery which became Rouge du Rhin Maison thirteen years later. Without ignoring its roots or history, the brand has evolved into one of the reference points for textile design and decoration "Made in France."Trained as a graphic artist, Marianne has a lifelong love of line. Wide, narrow, straight or diagonal, line is the essence of pattern and pattern is the essence of Rouge du Rhin. Through years of work in adverstising and design Marianne developed her use of color and the power it brings to her brand.Today Rouge du Rhin retains only the name Marianne originally chose. The name is a reference to the textile dyers who spilled their bright red waste water into the river , the color traditionally used to mark household linens. From traditional embroidery, Marianne has adopted linen, a natural fiber, using the finest from Northern France and Belgium.Tradition embraces modernity through technical innovation as in the case of digital printing. This technique increases possibilities for the designer to indulge their fantasies of circles, triangles and other geometric shapes.Marianne's designs are made for the more daring interiors. She follows her whims and intution to draw and create a deeply sensorial decorative universe.Cushions, drapes, table runners and more recently, rugs, are the canvases for her talent and personality. Her work stands out through a pwerful use of graphics, color and and use of superb raw materials. Her signature designs and and elegance do not ignore the contemporary concerns for respect of materials, environment and people from both the aritisian and consumer perspectives.

Cushions, tablecloths, curtains and now rugs... RDR dresses every room of your house. The brand guides you in your decorative choices whether they be original or classic.
The softness of the linen is a counterpoint for graphic design of the patterns. 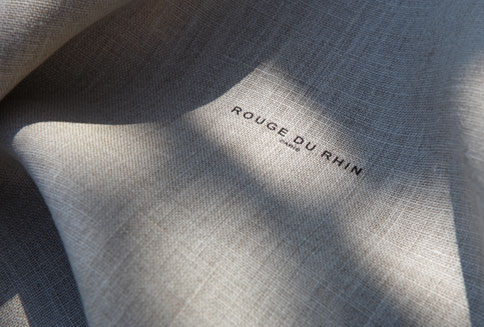 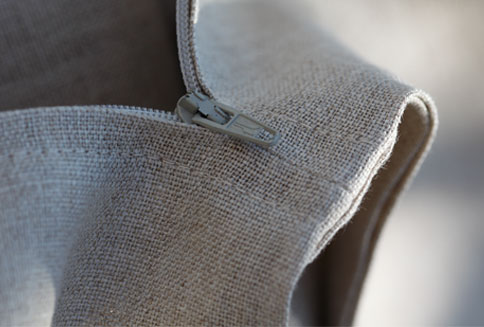 Rouge du Rhin’s flax is one of the few crops still produced in Western Europe,with nearly 75,000 acres under cultivation annually. Climatic conditions in this region are perfect for growing flax.
Ecologically-correct, flax has the additional advantage to be non-allergenic.
Flax requires considerably fewer pesticides and fertilizers than other crops.
The fibers are recyclable and eventually biodegrade.
Cushions are entirely made in France.
All the phases of rag trade and fabric cutting step are checked and mastered by Marianne who dedicates it a quite particular attention, worried of respecting this craft spirit which differentiates the high-quality products of industrial products.

This label is very specifically attributed the the color obtained from the natural pigments of the madder plants used by the Alsatian dyers.
These dyers dumped their waste waters into the Rhine which colored the water a bright color henceforth known as Red of the Rhine.
Frequently used to mark household linens, this thread recalls the origins of the brand and Marianne Diemer's early love of embroidery. 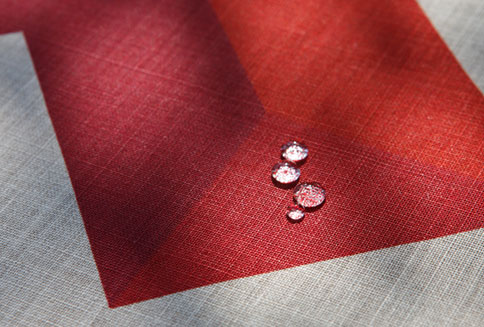